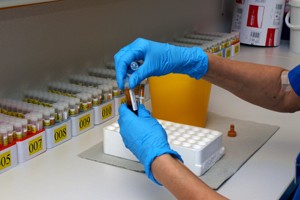 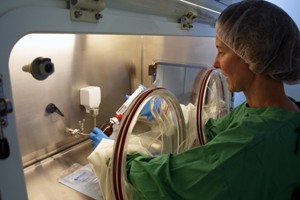 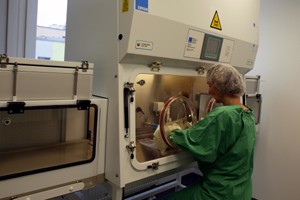 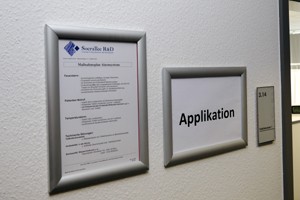 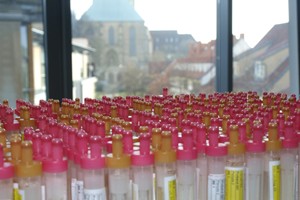 Maria Anschütz, a pharmacist by training, joined SocraTec R&D in 2002. Together with her team – the project managers and the project management assistants – she is responsible for trial protocol development, project management and reporting. With her penchant for perfection, she is a guarantor for inspection-safe study performance and documentation. Very early in her career she scientifically specialised in the field of early phase clinical trials and thus is today responsible for all studies being realised in our Clinical Pharmacology Unit.

Henning Blume, founder and owner of SocraTec and Professor of Pharmacy at the University of Frankfurt, is a highly established expert in the broad field of biopharmaceutics. At SocraTec R&D he is a highly valuable sparring partner for all colleagues when tricky and demanding solutions are needed. But he also supports our clients with highly -sophisticated consultancy activities in SocraTec C&S.

Maren Bruder, pharmacist by training, wrote her PhD thesis in oncology. She joined SocraTec R&D in 2010 and started her professional career as a project manager. She recently took over the responsibility of the project management of multi-centre Phase-II/III-trials and all non-interventional trials at SocraTec, bringing her GCP experience in to guarantee adequate standards also in this field. In this function she and her team coordinate clinical trials in Germany as well as abroad.

Frank Donath is a pharmacologist and toxicologist as well as a clinical pharmacologist with a university background. During his time in pharmaceutical industry he extended his pharmacological knowledge by comprehensive experience in drug development of the later development stages including phase II and III studies. He joined SocraTec R&D in 2005. Dr. Donath forms the pharmacological and clinical counterpart to the pharmacists in charge of the scientific standard of SocraTec R&D in the Board of Directors. His broad clinical knowledge and his carefully maintained network of medical specialists help finding solutions also for complicated and sometimes even exotic medical questions. Especially for patient studies of early phases his background is of utmost importance. With his pharmacological experience he furthermore contributes to setting standards for clinical trials in early development within scientific organisations in continuous exchange with regulatory authorities.

Maike Narten, a graduated biologist with a profound scientific background and a markedly pronounced communication talent, discovered her interest in medical and pharmaceutical research very early on. Her keen perception and her ability to get acquainted to new subject areas quickly, together with her excellent English language skills, acquired during a long-term stay in the USA of several years, are a good foundation for her career as a medical writer. Her enthusiasm for scientific discourses qualifies her to be an optimal partner for our clients during scientific advice projects as well as for our consultancy activities. This combination of qualifications enables her to accomplish a scientifically profound business development for our company.

Barbara Schug, founder and owner of SocraTec and since the beginning managing director of the company, is a pharmacist by training but from the beginning focused on pharmacology to build the bridge between both faculties at SocraTec. Her background very early resulted in including patients in early -phase trials at the SocraTec R&D Clinical Pharmacology Unit and in pushing the development into later stages of clinical trials. She is today actively involved in all study design developments at SocraTec and brings in her broad view and her enthusiasm for methodologically perfect approaches.

André Warnke, a pharmacist by training, joined SocraTec in 2002 as a project manager. Very early it became obvious that his open-mindedness and decision-making courage predestined him for new business fields. Accordingly, he set-up the Brazilian activities of SocraTec R&D and built the path to later phases of clinical trials by establishing a monitoring group at SocraTec. In 2012 he became a management board member and managing director of SocraTec R&D.

Ralph-Steven Wedemeyer, a pharmacist by training, specialised in pharmaceutical technology during his PhD thesis and joined the SocraTec family in 2009. His biopharmaceutical know-how nowadays contributes significantly to the consultancy activities of SocraTec C&S, and consequently resulted in very early high level of interest in pharmacokinetics. Together with Ramon Villalobos-Hernandez and the team at SocraMetrics, he today is responsible for all pharmacokinetic analysis at SocraTec R&D and furthermore heads the company´s department of pharmaceutical technology including the clean-room area at the Clinical Pharmacology Unit in Erfurt.

Melanie Zillig, a pharmacist by training, joined SocraTec right at the beginning. She already worked with Barbara Schug and Henning Blume at the Zentrallaboratorium Deutscher Apotheker and decided to develop the SocraTec R&D and SocraMetrics QA system from the first steps of the company activities. She is highly experienced in GCP and GLP and extended her knowledge to GMP issues related to Annex -13. Together with her team she is responsible for the entire QA- system, all audit activities, the SOP -system and for accompanying all types of inspections by authorities.

For expertise in Data Management, Statistics, IT and EDC see SocraMetrics.

5th International Workshop of GBHI in Amsterdam was a Great Success

All fine on page